reincarnation of the Italian Founding Fathers 1861-2011 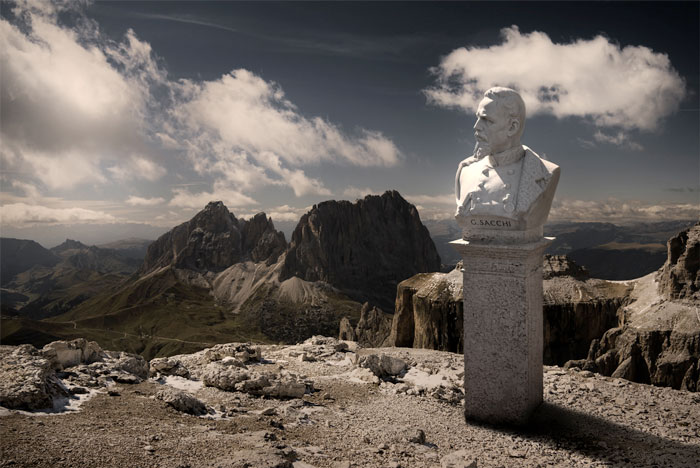 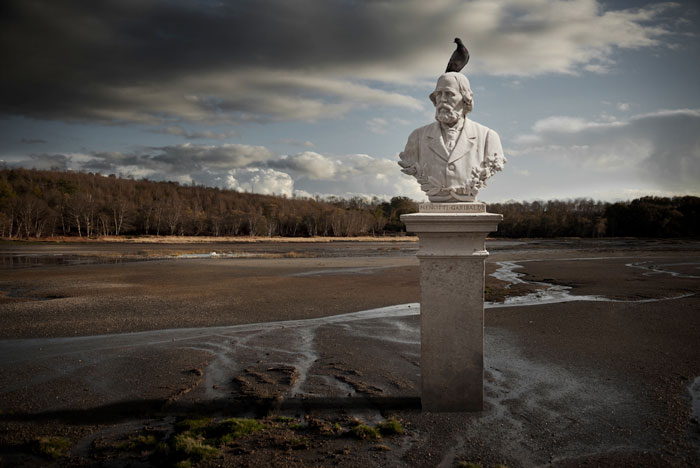 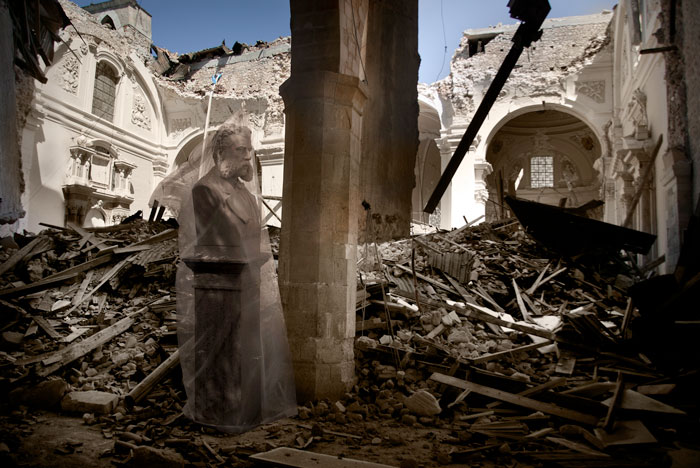 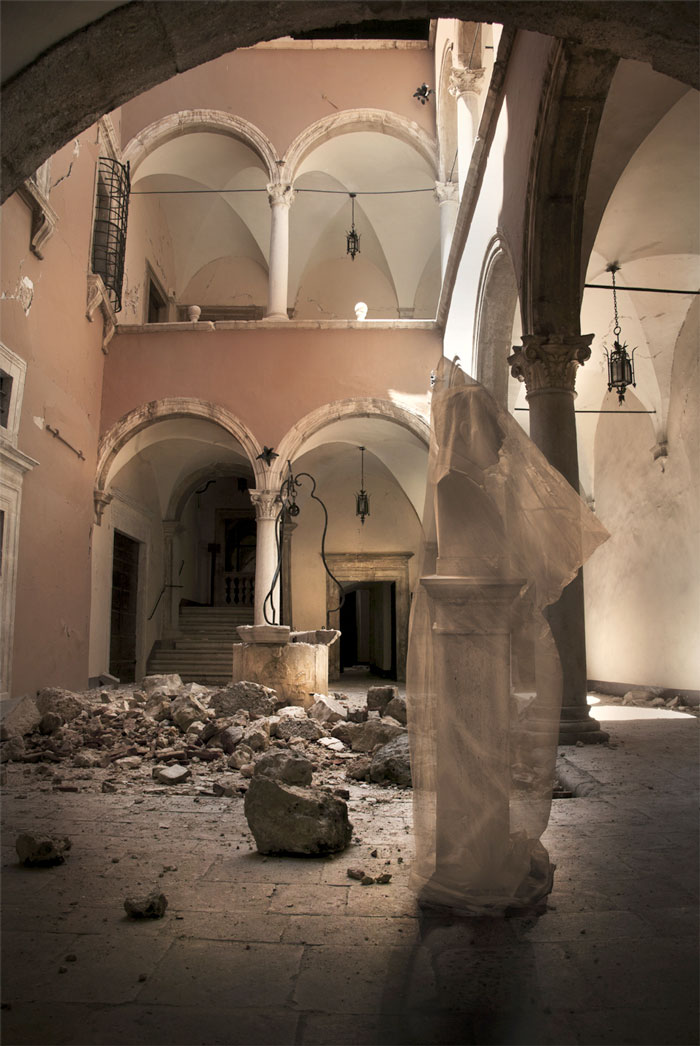 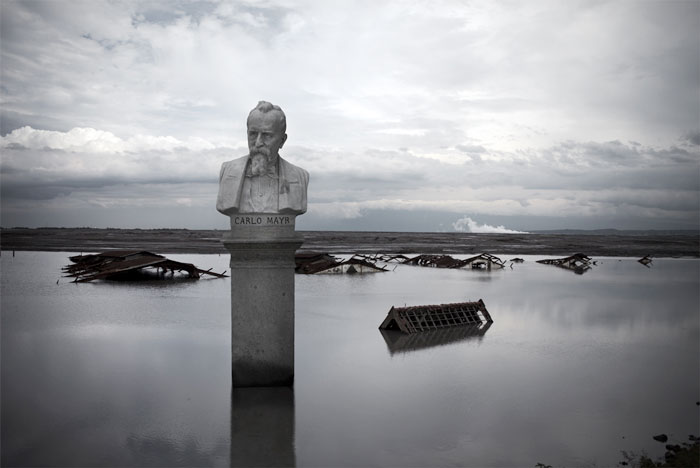 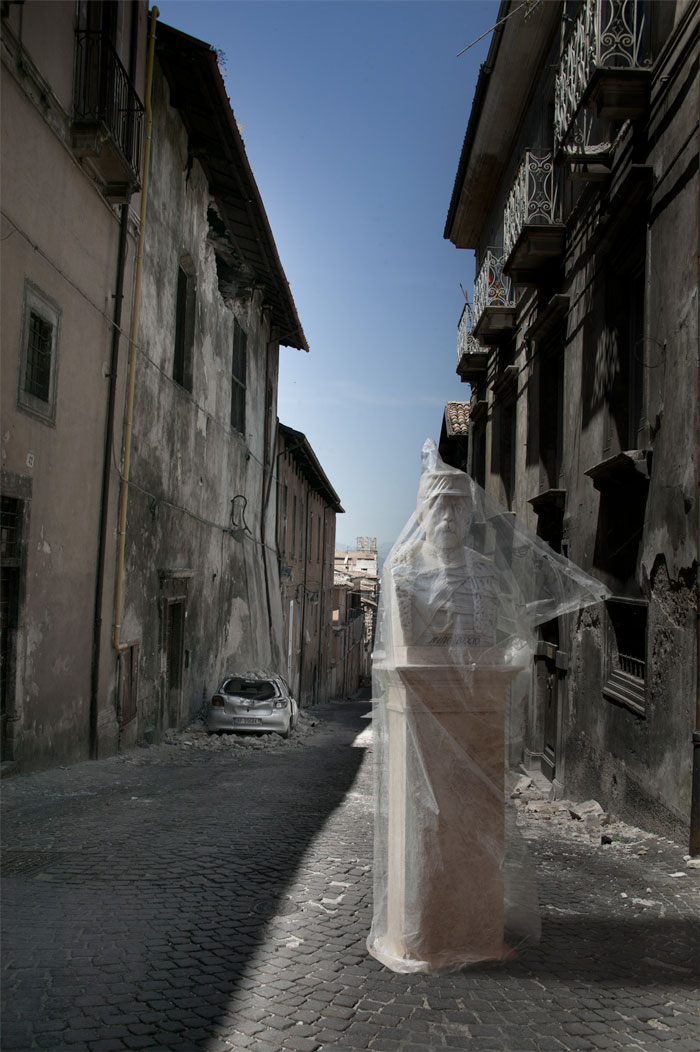 Davide Sebastian’s photographic works obliterate the antagonism between past and present, imaginary and real.

Through visual sequences that blur the borders between documentation and fiction the artist creates a spiritual laboratory where to experiment rather than simply “represent”, opening a complex system of sliding doors in which the traditional notions of true and false are dismantled and recombined into fluctuating and possible experiences. In “Future Memories”, Sebastian stages a memory theater where the monumental effigy of Italian Founding Fathers, who fought for the principles of Unification and Sovereign People, are reincarnated into living portraits. Contemporary artists frequently recur to (anti)heroic characters that symbolize courage and fortitude in the struggle for life, to express the feeling of being helpless in a world over which we have no control. Heroes are usually chosen from recent historical figures (JFK, Mao) or from contemporary fictional and imaginary literature (Batman, Spider-man). Instead, Sebastian refers to romantic heroes from the Nineteenth century “Risorgimento” period. Patriots such as Giuseppe Garibaldi, Gaetano Sacchi or Carlo Mayr are brought back to life as living performers, wrapped and placed among the debris of recent environmental disasters (i.e. 2009 L’Aquila earthquake) as to “reveal through concealment” (David Bourdon) the common and global perception of a wrecked and confusing world. Despite their petrified body, those heroes’ lively and vigorous gaze reminds us of our origins and history, inducing a ray of hope in a time where essence and appearance constantly mutate.

Sebastian remixes his own imaginary, juxtaposes times and styles, samples past memories and present experiences. In doing so, the artist transposes his visions into a holistic plan as to indicate that human experience cannot be perceived anymore as the center but rather as the sacred place where traditions and identity, social codes and cultural matrices must convey towards a new system of spiritual and material culture.

(excerpted from Dominique Lora’s presentation for the catalog of “The Far Near: An Art Journey between East and West” exhibition.)
Venue: Hubei Provincial Academy of Art Museum(No.368 Zhongshan Road,Wu Chang District, Wuhan City) 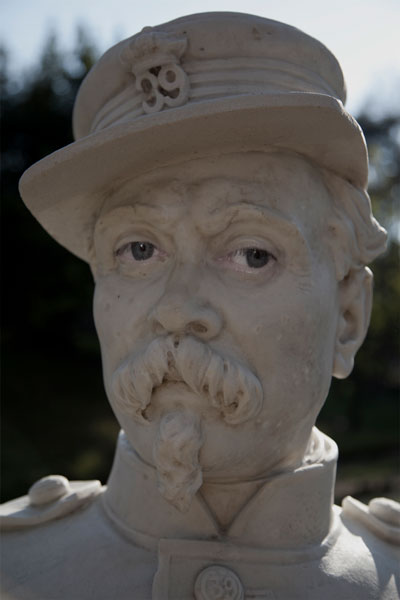 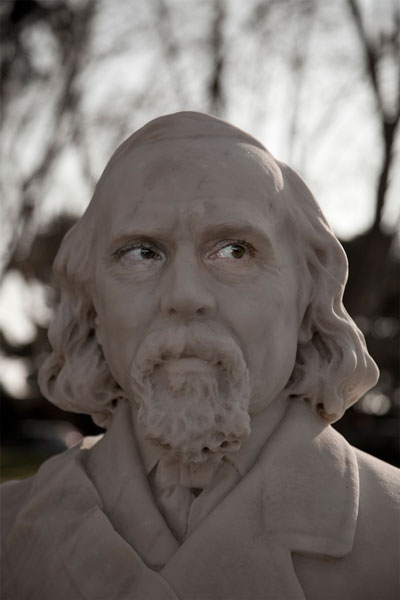 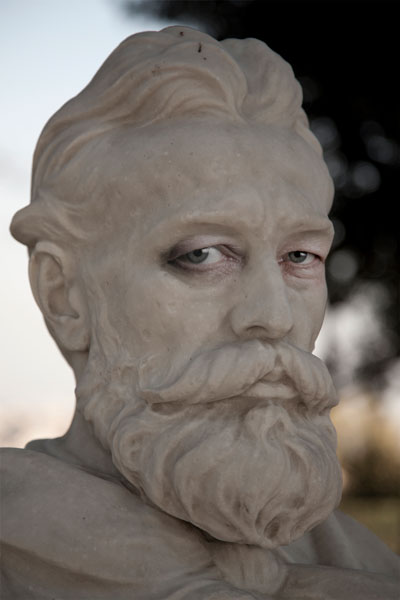 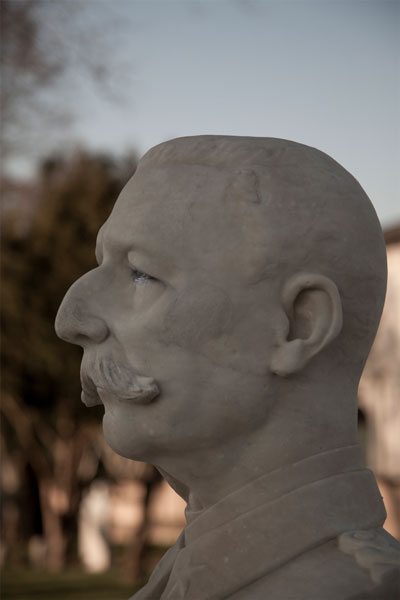 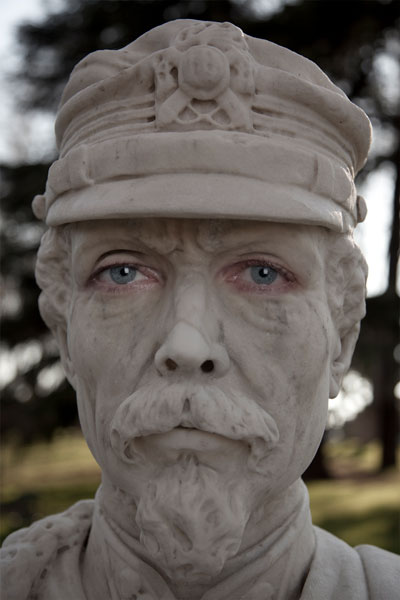 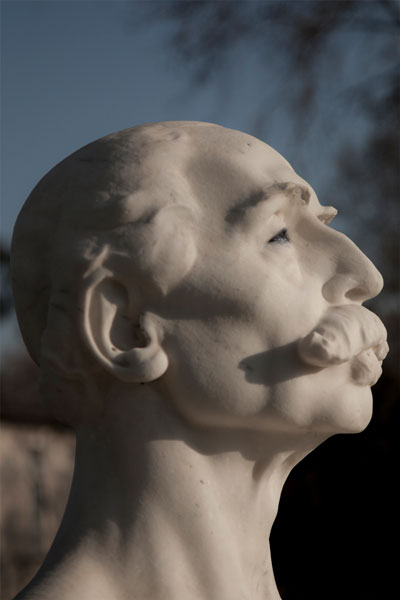 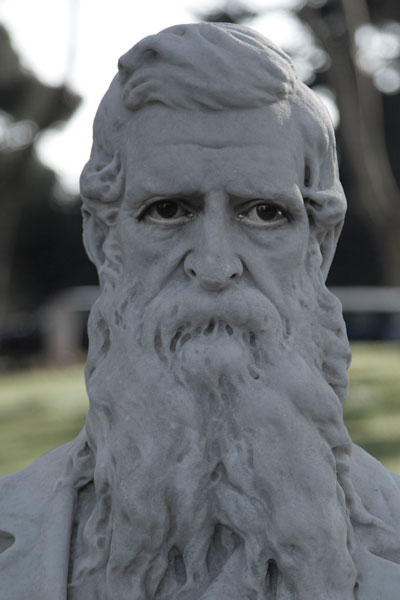 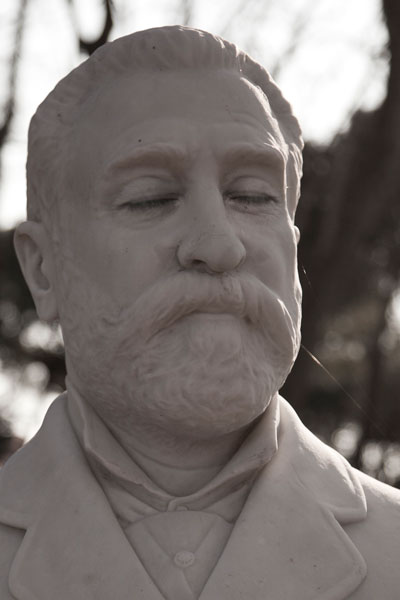 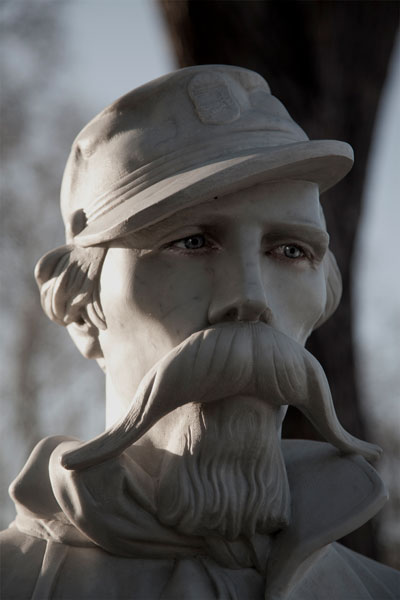 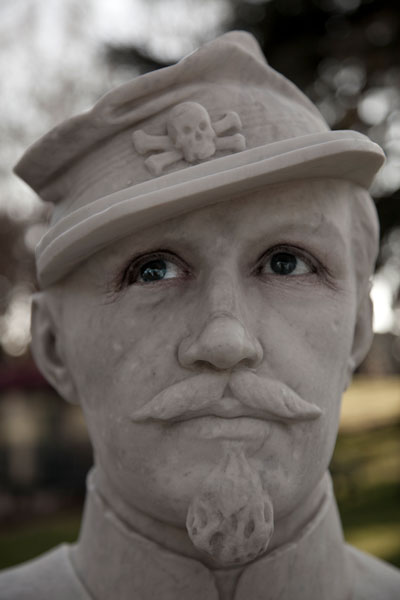 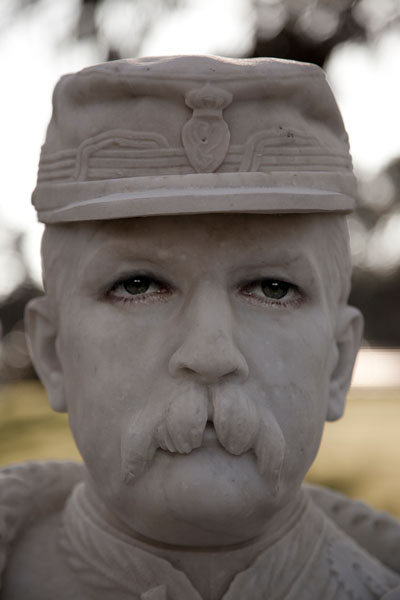 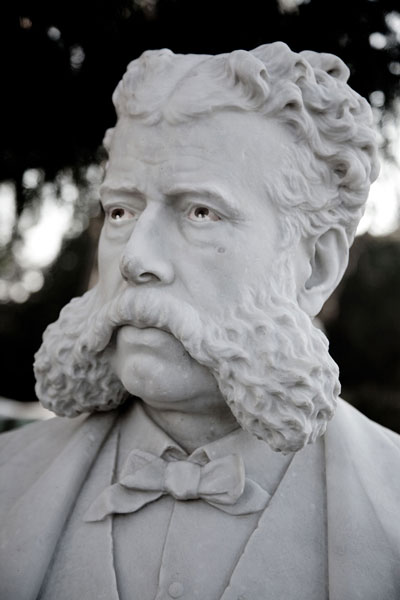