Tesla Project epitomizes my desire to dedicate this stage of my artistic research to the master and scientist Nikolai Tesla (1856–1943).

Tesla pioneered the discovery of alternating current together with the dinamo, the radio and the radar; all inventions which where at first obstructed to be eventually developed and later realised and capitalised by others.

Tesla pronounced once a sentence that can objectively resumes his own credo as a man that always remained faithful to science: “Science is but a perversion of itself unless it has as its ultimate goal the betterment of humanity”.

My work focuses on the un-human distorsion of some aspects of what we generally call “progress” accentuating and concentrating the attention on the ideas of mission and gift, that Tesla believed as guidelines for the engagement of scientists.

My images, all put into focus botanical subjects pointed at underlining the tormented contamination as well as the violent submission of nature to human manipulation in terms of consumism. In such a context, I recently concentrated my attention on what I consider a peculiar and emblematic object: the antenna trees.

Those artificial plants are effective antennas conceived and realised for wireless telephone communications disguised as diverse varieties of trees and dispersed all over the territory.

I intentionally reproduced the texture of human DNA on the synthetic bark of the trees as a metaphore aimed at underlining the evolving mutation of mankind towards an artificial universe.
The specular representation of trunks, limbs and leaves helps the spectator in recognizing the implicit frode of such misleading artificial manufacture.

I strongly believe that the aspiration aimed at improving the human condition travels simoultaneously with identifying the boundaries of our natural environment. Apart from its obvious aesthetical function, in terms of landscape homogeneity, this obnoxious creation of antenna trees can be considered as emblematic in relation to our position as mutant beings crossing the boundaries of natural laws.

In order to realize my artistic research I collaborated with the sound designer Enrico Maria Schiavoni. Together with succeeded in capturing the difference existing between the sounds beamed by the wind encountering the artificial artifact and the one whirring real plants. My objective , of course consists in highlighting how pollution acts even where the eye moves through “natural beauty” 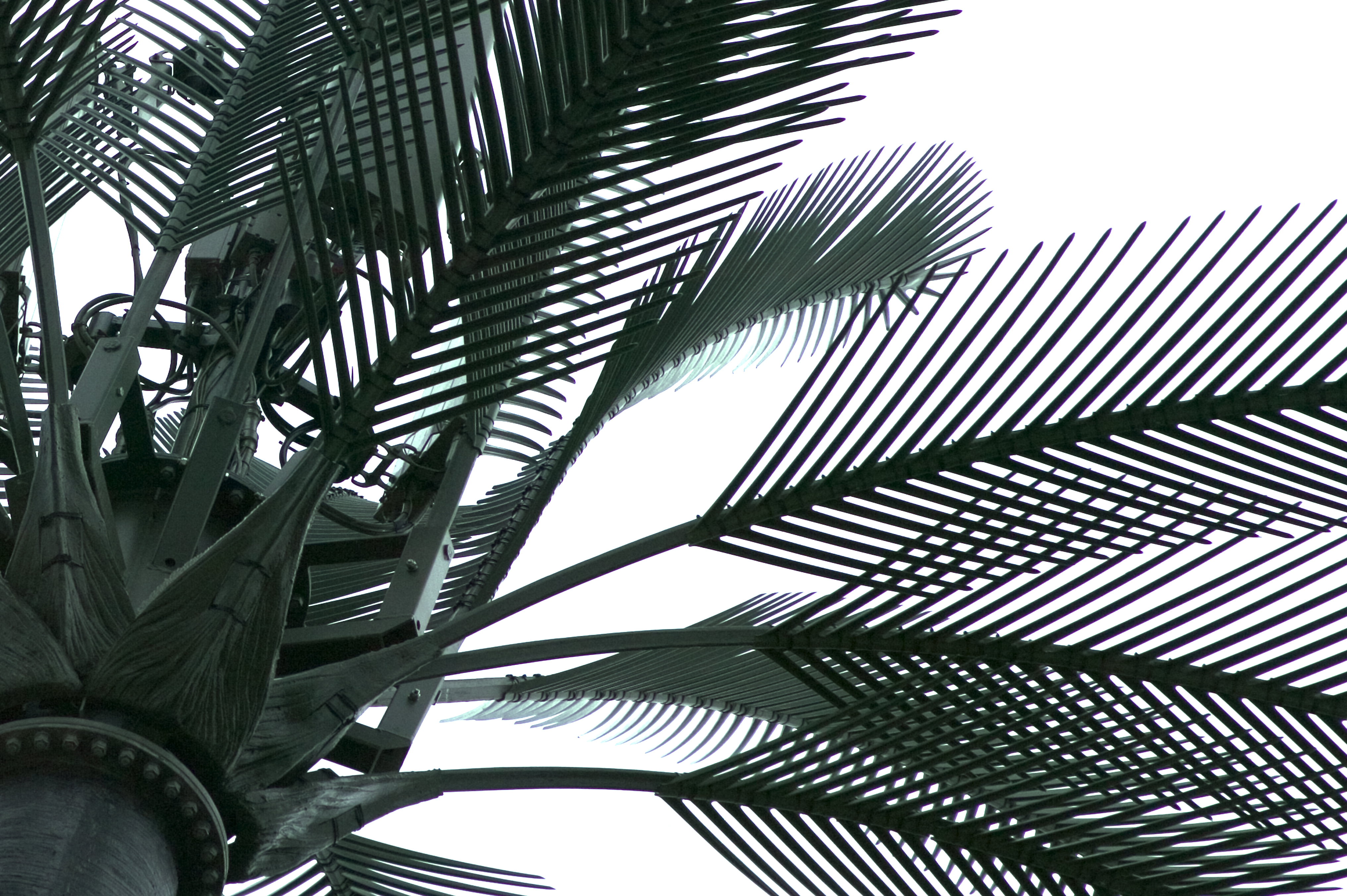 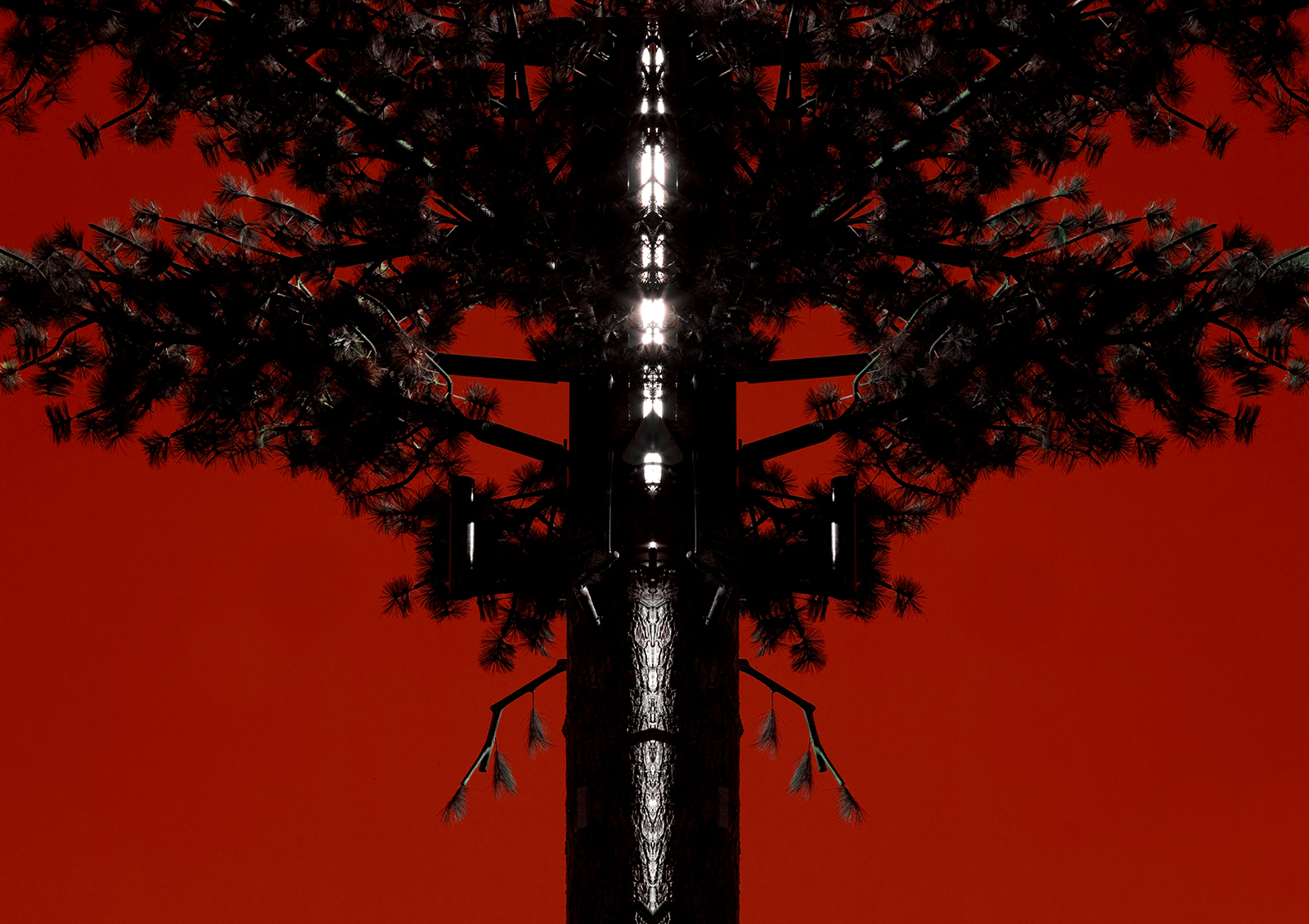 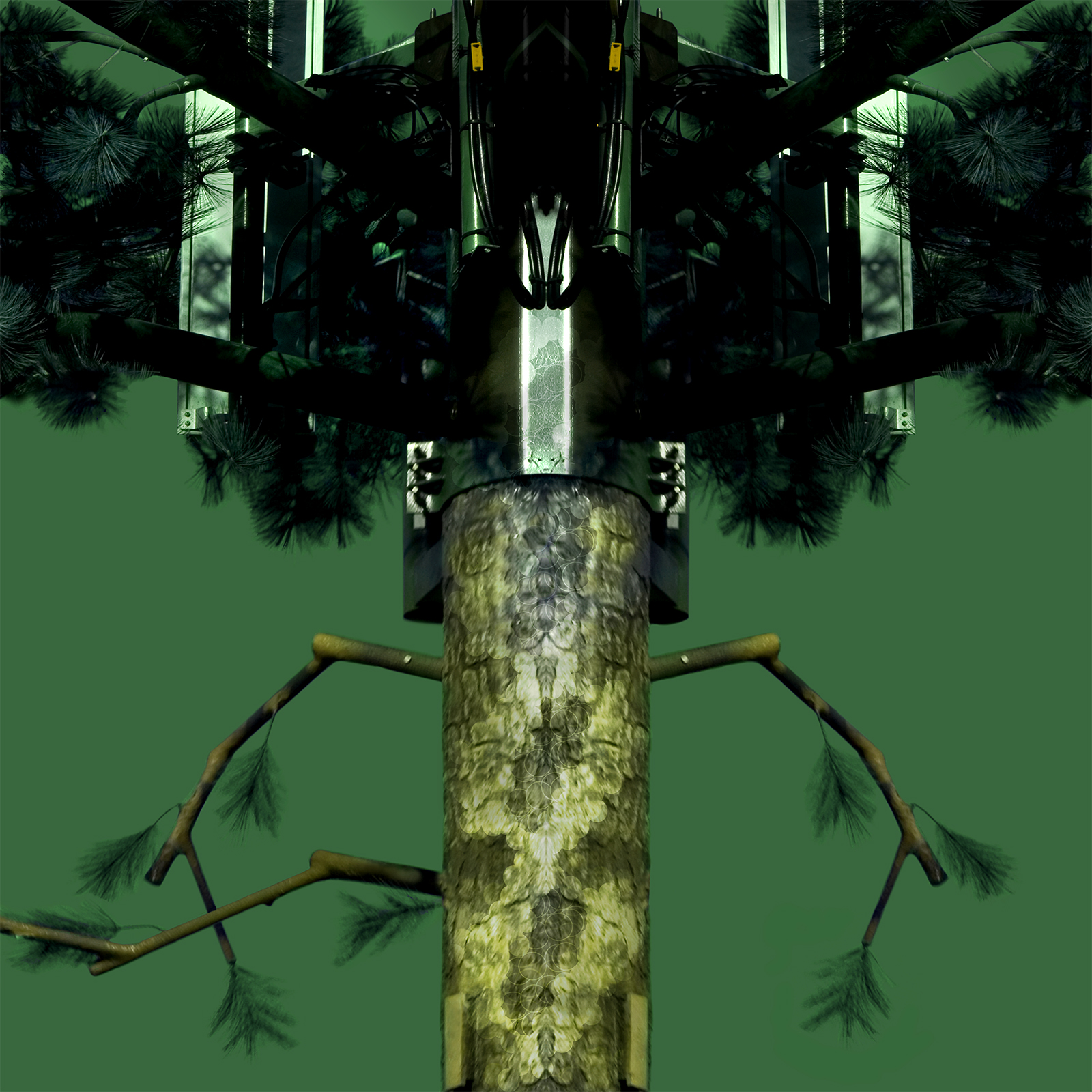